The Power of a Noble Aim | New Retirement Blog 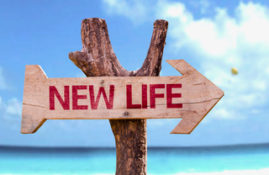 The nobler your aim the better your life.

A noble aim is your antidote to suffering.

He had a slight smile of contentment on his face. The two of us, my retired engineer friend and I, were early, waiting for others to arrive for a 7 am Toastmasters meeting. “What’s up?” I asked, “You look like you are happy with life”.

He reflected….“Oh, I was just thinking about yesterday. I spent most of the day at my sister’s place doing odd jobs. It felt pretty good. I should do that more often.”

My friend’s story is a simple example of what it means to have a noble aim.

Definition of ‘Noble’: ‘superiority of mind, character, ideals or morals‘

Where was the nobility in what he did?

He saw a problem that was causing suffering. (Need)

He had the desire to fix the problem and relieve the suffering. (Heart connection)

He gave his day for someone else. (Sacrifice)

He reduced suffering for someone and felt good.(Kindness rewarded )

An antidote to his own suffering.

This same man regularly exhibited irritation and bursts of rage. I imagined that it was, at least partly, due to the frustration of losing his ability to hear. He wanted to participate in meetings but often couldn’t hear properly. It was infuriating for him. (internal chaos)

Yet, when he helped his sister all that anger disappeared. (Do more of that and life gets better!)

It could be a ‘random act of kindness’… It could become a ‘way of being’.

When I first learned about the idea of a ‘noble aim’ I wanted to put it to the test. The advice was to start with basics close to home. For example…

Make something better. Like “clean your room”. ( or something else)  I cleaned my office after Christmas and felt better. Creates order out of chaos. Get your own house in order, then seek other projects.

Beautify something. I looked around my office. I hadn’t changed anything in ten years ….boring! So, I changed some pictures on my walls. And, the big move…I got a new rug to add some colour and some warmth to the room. It was fun to do, and I felt good about the result. I still do! 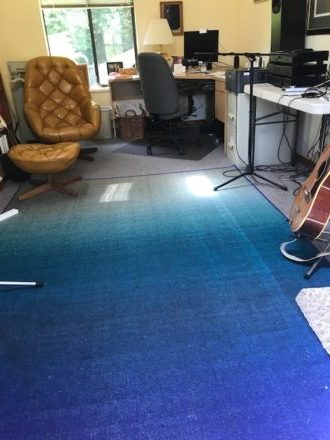 Reframe a chore as a noble aim. I did that with gardening this spring. Weeding is a major chore that we dread. We’ve hired people in other years, but it’s expensive.  I wondered If I could reframe this chore as a noble aim to beautify our property and home. I’d never really thought about it that way. As I got into the task I noticed that didn’t resent having to do it. Instead, I was enjoying being “ down in the dirt “.

Apparently, it is all about attitude! Reframe a chore by thinking how it contributes to what you care about and ‘voila’, the chore becomes a pleasure.

Call to action: Commit to betterment every day. There is always something that needs fixing…. And, it feels good to use your abilities to make things better!

We feel better when we are moving

towards what we care about.

Jordan Peterson video about having a noble aim.

3 thoughts on “The Power of a Noble Aim”